Mid-Century Modern homes have been in vogue since they first began springing up in the decades immediately following WWII. Architects at the time were eager to focus on new, exciting structural designs. They were reimagining what houses, libraries, universities and even airports would look like with a fresh perspective. Homes with sharp angles and boxy shapes were making their debut, inspired by a new desire to forge modern structural design. While its beginnings were actually in the 1920’s, the Mid-Century Modern movement peaked in the 1950’s, stretching into the mid-1970’s, hence the term “Mid-Century Modern”.

Because of the timeless appeal of the design, the Mid-Century Modern style continues to thrive today. While the MCM home feels retro, it maintains its futuristic flair, attracting both nostalgic and forward looking homebuyers. The Mid-Century Modern design manages to maintain its innovative appeal, combining all of the common elements for which it is so well known and well loved.

With traditional house designs in the rear-view mirror, Mid-Century Modern architects leaned into sleek, clean lines. They created homes with geometric shapes, as well as organic ones. Many of these homes were built as ranch house style single-story, linear pavilions with a low, flat roof and an open floor plan. MCM architects were risk takers, challenging the traditional ideas of design with new sleeker structures, which speak modernity while maintaining an air of being welcoming and inviting. These homes make a statement without too many bells and whistles. 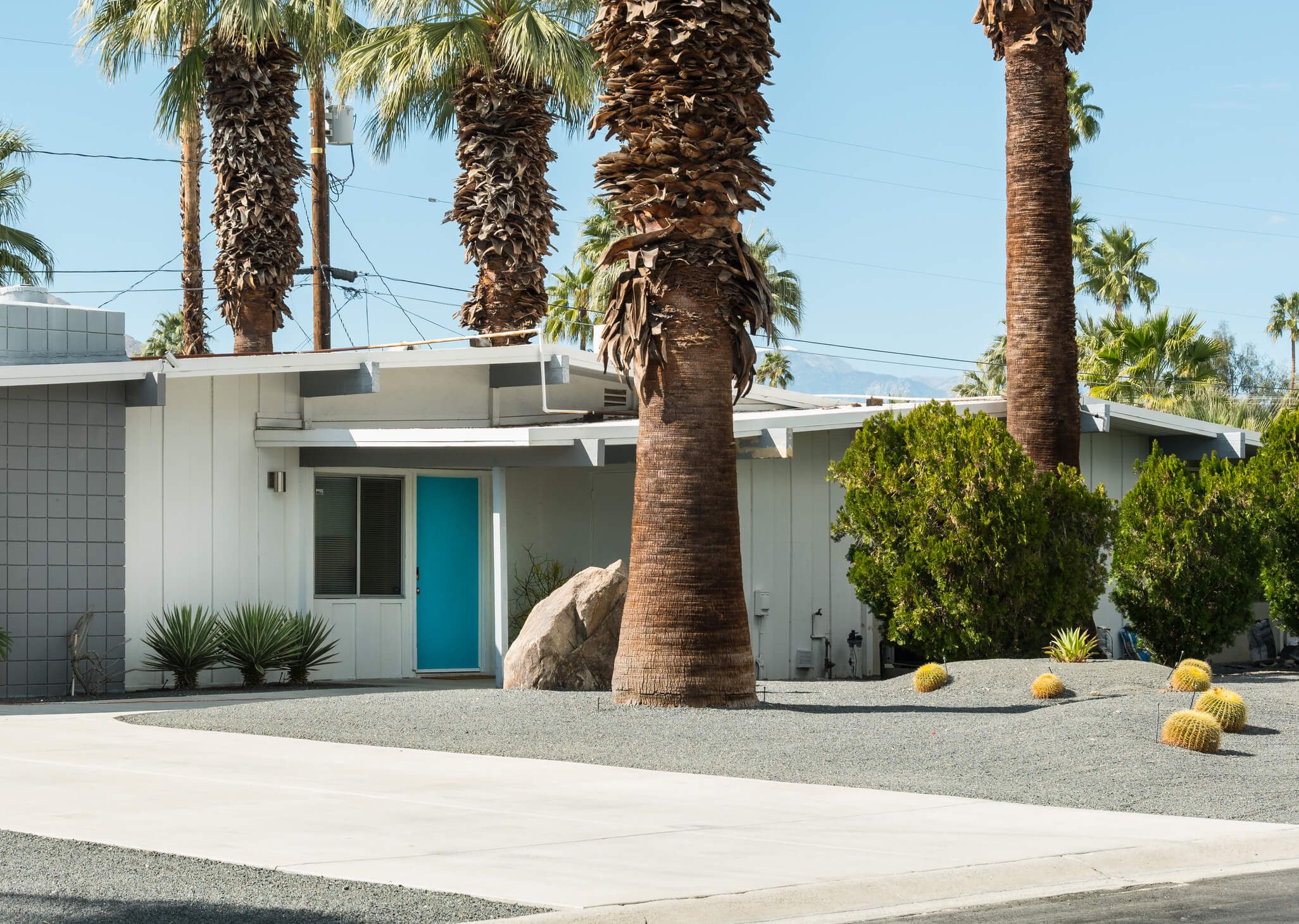 Creating a strong connection between indoor and outdoor spaces was important to Mid-Century Modern architects. When searching for your ideal Mid-Century Modern home, expect to see floor to ceiling glass walls, which create a visual flow and integrate the abundant greenery around the home. Some MCM homes were even built with a live tree growing in the middle of the home, making that connection even more immediate. Don’t be surprised to see Mid-Century Modern homes look as if they are floating in nature, or dropped right into the middle of it, surrounded by dense green foliage. They often appear on coastlines or hillsides, incorporating gorgeous views from their expansive glass windows. With their skylights and glass walls, the Mid-Century Modern homes invite nature into the space and extend into nature itself.

Mixing Materials Such as Glass, Steel and Concrete

The Mid-Century Modern architects looked to new industrial materials for inspiration. They were intrigued by the use of these new materials in their reimagining of traditional home designs. Interested homebuyers can expect to see combinations of glass, steel and concrete in these individualized homes. Like their exterior, the interior of the Mid-Century Modern home often plays with different materials and textures as well, mixing synthetic with organic, formica with wood. It is the trademark combination of glass, steel and concrete which lent to the futuristic, modern and unique appeal of the MCM home that has endured since its inception.

While the asymmetry varies from house to house, many Mid-Century Modern homes don’t resemble your typical balanced structure. It is common to see a Mid-Century Modern house with one side considerably higher than another, seeming to sprout out of nature itself. The whimsical approach to the architecture extended to the furniture, creating a limitless exciting new aesthetic, which challenged the standards of the time. The bold and aesthetically exciting nature of these shapes and the varied heights of the Mid-Century Modern homes makes them look modern, even decades later.

If you’re like most, the Spanish style home has at some point caught your eye. As a very distinct style, Spanish colonial style architecture, ...Read More

Mid-Century Modern homes are back in a big way and here to stay. They are popular for their breezy open floor plans, clean lines and minimal design, ...Read More